What My Students Learn When I Write beside Them

Here is one of the most astounding questions I’ve heard this first full week of school: “Can I write about what I learned when I found out in class today that my friend had given me wrong information about there being no homework?”

Why was it astounding? Because the proposed topic didn’t quite meet the letter of the assignment as given, but it definitely had potential to meet the spirit. And I think it was because I was writing with my 10th grade students.

The assignment: After reading two personal narratives (Amy Tan’s “Fish Cheeks” in our literature textbook and Jacqueline Woodson’s “When a Southern Town Broke a Heart” from the New York Times last month) and discussing how a narrative hooks and holds readers, write your own personal narrative about a childhood memory that gave you an epiphany or a lesson.

For a transitional exercise, I assigned a descriptive journal entry about some memory—any memory—just working on the vivid verbs and striking imagery for now. Having made a commitment to write with my students, I was mulling over the assignment, considering possibilities for my journal entry.

Then, on my way to the grocery store, I had a minor biking accident. Just me and my bike. Slowing to turn at a red light at the bottom of the hill, my front tire (which I had realized was quite soft on my way down the driveway, but I just promised I’d fill it when I returned it to the second floor storage room in my apartment building) just slid out from underneath me. The sting of gravel embedded in lacerated palms; the hot smell of dusty, scraped skin; the salty taste of pinpricks of oozing blood. So many memories. I knew I had something to write about.

I also had no idea what the point or epiphany or lesson would be.

At the end of my journal writing, I thought maybe the point was the weird way that my inner 5-year-old took over and actually licked the scrapes on my 51-year-old palms. But when I brought my journal back to class and joined with students in another brainstorming exercise of mapping or illustrating or storyboarding the incident, I realized, as I looked at the stick figure of me sprawled on the ground in front of all the cars stopped at the red light, that it was also about failure—how as a kid it was a natural part of growing up, and as an adult, it has become anathema.

I shared with my class how writing and drawing had taught me what I wanted to say. How that was actually a little different from the prompt, where I’d originally said “a childhood memory,” but my memory was mostly from this week—it just viscerally evoked unspecific childhood memories. I told them if they had something they really wanted to write about that wasn’t quite what the prompt said, they should talk to me, and it would probably be okay. I want them to learn to share powerfully with the world the things that are in them to share.

Then on the way out of class, a student stopped to ask the question, “Can I write about what I learned when I found out in class today that my friend had given me wrong information about there being no homework?”

I responded, “Can you use the kind of descriptive writing we’ve been talking about?” He assured me he could. And I assured him it sounded like he had a good lesson to share. So that was the twin core of the prompt, and I gave him my blessing to write what he had to say.

I’ve explained to students before that they need to find their own way into any prompt, and if they have a slant that they are concerned might not meet the prompt, they should ask, and I’ll probably okay it. I’ve never had anyone ask before.

I think maybe it was because I modeled finding something to say that wasn’t the letter of the prompt.

Write beside your students. Share your process with them. You might be surprised at what you learn, as well as at what they learn.
Posted by kessenburg at 1:05 AM No comments:

I fell in love twice this week: first with my newborn grandchild and then with my students.

These loves are not unrelated. Each of those students was once someone’s newborn grandchild, and I hope that 15 or so years from now, Zion has a really good English teacher who knows how special he is. I need to be that, as best I can, for these students now. (My daughter suggested I could write a new book, Other People’s Grandchildren.)

A student inventory is a brilliant shortcut to coming to the kind of understanding that grows love for other people’s (grand)children. (See this link for Jennifer Gonzalez’s “4-Part System for Getting to Know Your Students”—which I used a lot of for my first day.) I was surprised by how many of my students have part time jobs. I learned that some of them know exactly where they want to go to college and what they want to study, and some are getting nervous that they have no idea. I learned some of their favorite foods, books, and TV shows (one even shares an affinity for The Great British Bakeoff!)

But the student comments that got me really energized for teaching these individuals were the answers to the last 2 questions:

“What things should I do as your teacher to help you do well this year?

“What else should I know about you?”

What English teacher could resist?

And I’m forging ahead with the experiment of using Goodreads as a real-world forum for reporting on summer reading, building a “to-read” list, and joining a reading community. There were some frustrations with figuring out the site. (With all the buzz about digital natives, I keep being surprised that there are adolescents who are less comfortable with technology than I am.) But when I offered one of my classes the option of returning to teacher-oriented paper tasks, they seemed tentatively interested in staying with Goodreads.

One final word to any other introvert teachers out there: starting a new year and meeting new students is still hard for me. (And I’m a grandma now, so that’s a lot of stressful first days of school survived.) But I’ve never had a year where I didn’t end up falling in love with them and wanting to be the best teacher I can for someone else’s kids, and now for someone else’s grandkids.
Posted by kessenburg at 10:34 PM No comments:


Endless summer is really not as exciting as it might seem. I know. When I first took time off from teaching to stay home with my small children for a few years, I was terribly excited about all the great literature I would catch up on reading--from Cervantes to The Jungle. But when I had no purpose...no audience waiting for me in 2 months...my motivation utterly evaporated. So I'm glad I'll have an audience in a couple more days. A little nervous. (I always am.) But thankful. My students are my reason to learn and grow. So I can help them learn and grow.

What are 10 things you are looking forward to this school year? We all have our regrets at the end of summer vacation. But change your words, change your mind! (Then teach your students to do the same!)
Posted by kessenburg at 1:06 AM No comments:

Focus on Learning, Not Work 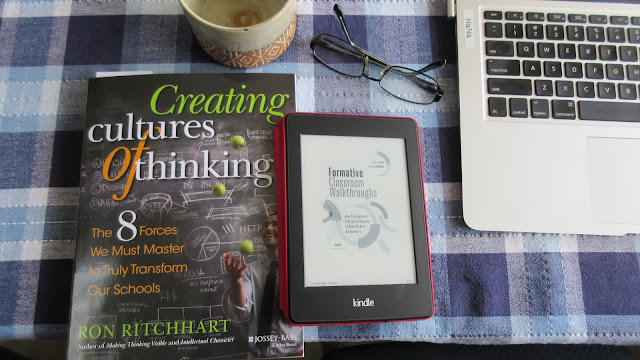 Think of all the school language that uses the word “work”: school work, homework, seat work, workbook, worksheet…. And here we thought education was about learning! Of course, anything worthwhile takes work, but there is a difference between being focused on completing a task and being focused on learning.

In one school studied, teachers used the word “work” 49 times more than the word “learning.” That’s according to Ron Ritchhart, a leading Harvard University researcher, in Creating Cultures of Learning: The 8 Forces We Must Master to Truly Transform Our Schools (44).  I’ll definitely be monitoring my own and my students’ language this year, talking to students about the difference between work and learning, and introducing new assignments by highlighting their purpose and what I want students to learn!

That sent me back to a book I’d read earlier this summer, but hadn’t yet blogged on. I hadn’t yet blogged on it because it was so intensely about focusing on the learning in each lesson that I was still digesting it. The book is Formative Classroom Walkthroughs: How Principals and Teachers Collaborate to Raise Student Achievement by Connie M. Moss and Susan M. Brookhart.

The authors identify 7 key learning processes that they say should be evident in every lesson (based on Fig. 2.1):
I like the way they shift the focus from teacher instructional practices to student learning behaviors—however you get the students to do these things is up to you, but the students should be doing them. I also like the traction the breakdown gives on identifying and practicing parts of important skills like critical thinking.

And I wonder if it is possible or even desirable to do all of these processes in every lesson, especially in high school where students are often refining complex skills that they’ve been using at less sophisticated levels for a long time. And with some of those skills, like reading and writing, part of what they need to build is stamina.

Still, I’d like to experiment with the 7 key learning processes myself for a year—see what’s helpful and what’s hard. Maybe I’m just avoiding acknowledging that while I’ve worked hard on the worthwhile lesson in a learning trajectory, I need to work on identifying the exact step each lesson takes in that trajectory.

What I’d like even more is to have a handful of colleagues who’d also like to experiment with them, and we could watch each other and report to each other.

Anybody want to join me? It may be a lot of work, but I think we’d learn a lot!

Posted by kessenburg at 11:32 PM No comments: 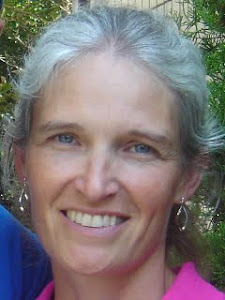